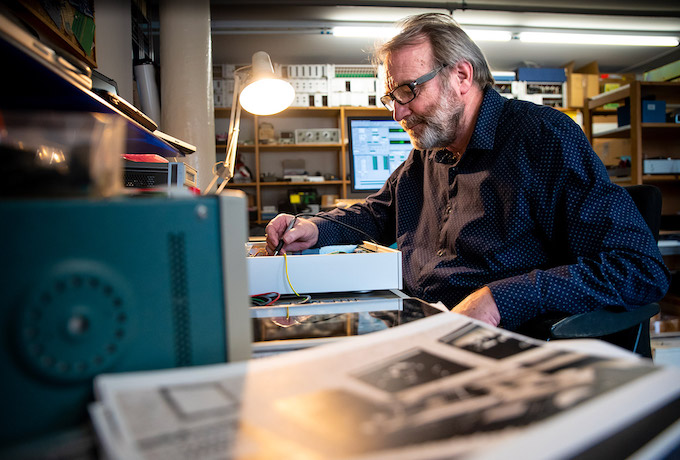 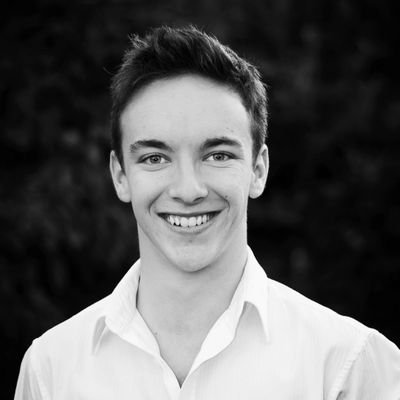 65-year old Swiss-born Daniel Weiss is a pioneer of digital audio technology. Having founded his own company back in the eighties, he has been working on the perfect sound experience ever since. His products have been favored by artists such as Michael Jackson and Bruce Springsteen and are found in the world’s biggest recording studios today. Weiss has become a household name in his field and took home a Grammy award for his work this year. We met the ardent electrical engineer in his office in Uster, Zurich, and spoke to him about his passion.

Herr Weiss, congratulations on winning a Grammy! How did you do it and what drives you?

Thank you very much! Music has always been an important part of my life. Since I didn’t have enough talent to make money as a musician, I studied electrical engineering instead. That is my other great passion. I have been connecting these two passions – first as an employee and then as an entrepreneur. I recognized that the arrival of the CD would open up a new market and started my own business in 1984. Since then we have been creating devices that drive sound technology forward and strive for a perfect sound experience. Our clients are mostly sound studios and music lovers. The Grammy is a recognition of that work.

Which experiences have inspired you most on this journey?

When I listened to a record on stereo headphones for the first time as a young boy, it was a revelation. Similarly, when a professor introduced us to the new crosstalk cancelling technology in New York, it made a huge impression on me. That’s when the sound from two speakers is modified so that as a listener, you feel you are right in the middle of it. These two experiences never left me and became a motivation to keep working on new products. One day I want to take technology to a level where you can listen to music at home and feel like the band really is there in your living room.

The Weiss Engineering offices look like a playground for tech nerds: Cables and headphones, speakers and soldering irons, musical instruments and measuring devices are scattered all over the place. A huge shelf contains the products Weiss and his team have developed over the past decades. Unless you’re well-versed in the language of sound tech, you might wonder what all the buttons and controls on the grey boxes are for. Daniel Weiss is a patient teacher, in fact, it seems as though he wouldn’t mind talking about anything but the innovation and specifications of his products. But we did want to learn more about his transition from tech expert to CEO.

Eventually, I want to bring technology to the point where you can listen to music at home and feel like the band is performing right in your living room.

You’ve been running your own company for over 35 years. Have you gained insights during this time that can be applied to other parts of life?

Of course – I’ll give you an example: We’re often told to focus on one job or project at a time. But we’re always working on multiple things, simultaneously. The development phase takes longer this way, but ideas can grow even while you’re not actively working on something. In other words: It’s good to get some distance from an ongoing project once in a while. That way, when you turn back to it, you’ve got a whole new perspective. It becomes easier to see new and better ways to go about it.

An exciting approach! Any other advice you want to give to young entrepreneurs just starting out?

Think as long-term as possible, right from the start. Not just for a few years, but for a few generations. When you’re thinking that way, you’re more likely to develop sustainable products. That’s going to be even more important in the future. I also recommend finding a business partner before you found your company. That way, there’s somebody to talk things through with you on eye level and you’re not stuck making all the decisions on your own.

Daniel Weiss made a conscious decision to keep his company small. In fact, he’s never had more than ten employees working for him at a time. While many start-up founders these days decide to raise venture capital from investors, he never did. There was never any big money to be made in his industry, he says – but to him, that was never the point.

Herr Weiss, what does wealth mean to you?

I feel wealthy when I have enough time to spend with my family and on my audio experiments. The larger part of our profits is invested back into the business. To me, it’s far more important to be able to follow my passions than to make a fortune. Sometimes I have an exciting idea and then I’ll spend money to test it. If it works, that makes me happy – if not, that’s okay. It’s fatalism to some degree, but you’ve got to live with that if you’re going to try certain things and improve new products.

You’re still working on those products, even though you’re technically retired.

Yes, I’m still very active these days – as CEO, and in leading hardware development. At some point I’m going to have to find two people to take over. Of course, I’ll be involved in product development for as long as I can. And when I’m very old, I’ll be fixing the kind of equipment nobody else remembers how to fix.

Others dream of spending their retirement on a beach with a mojito. You really prefer fixing audio equipment?

Great parting words. Thank you for the interview!

Alpian has submitted an application for a full banking license to Switzerland’s Financial Market Supervisory Authority (FINMA). Content of this publication is for informational purposes only, you should not construe any such information as legal, tax, investment, financial, or other advice.

Patrick became Switzerland’s youngest foreign correspondent in 2016 and then moved to San Francisco to cover the thriving tech landscape in Silicon Valley and the United States. He is constantly curious about the future of fintech, entrepreneurship, coding and the study of languages. In fact, he currently speaks 5 languages and is learning Chinese. 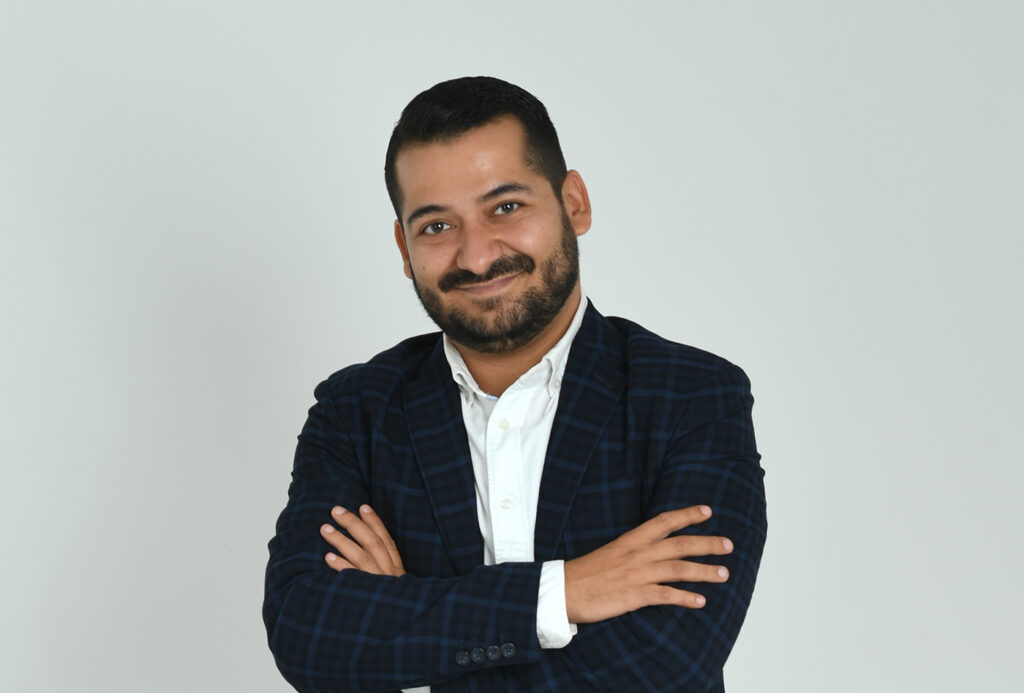 My motivation is that I firmly believe in the idea 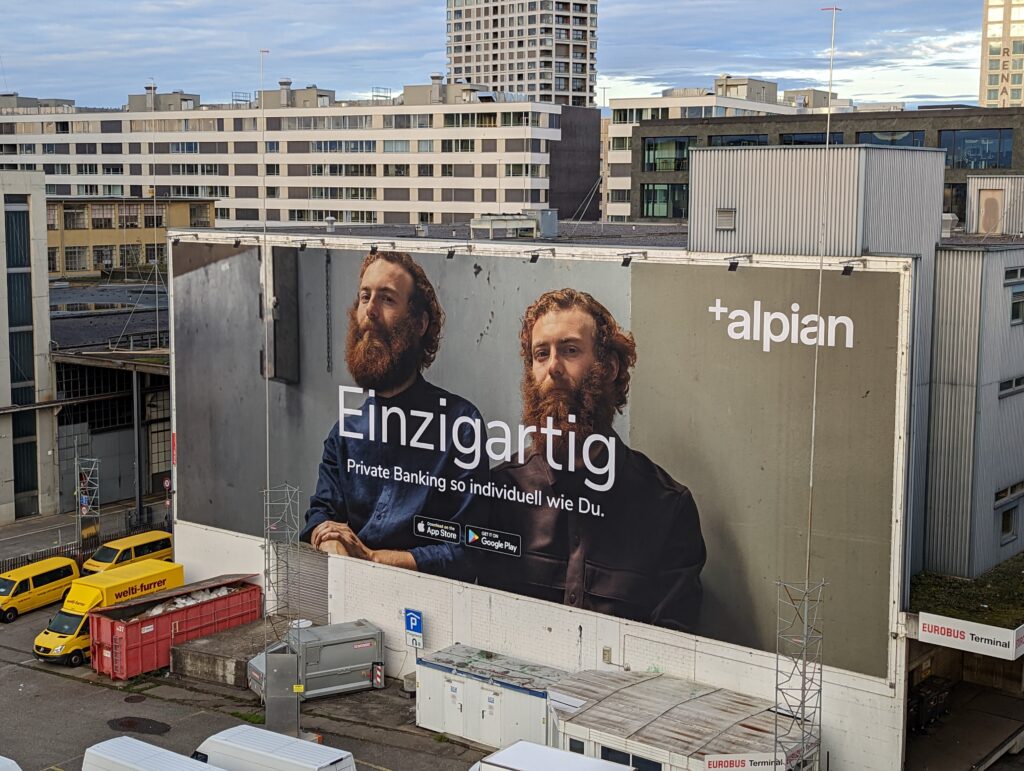 Alpian launches its services with a campaign featuring identical twins. Here’s why. 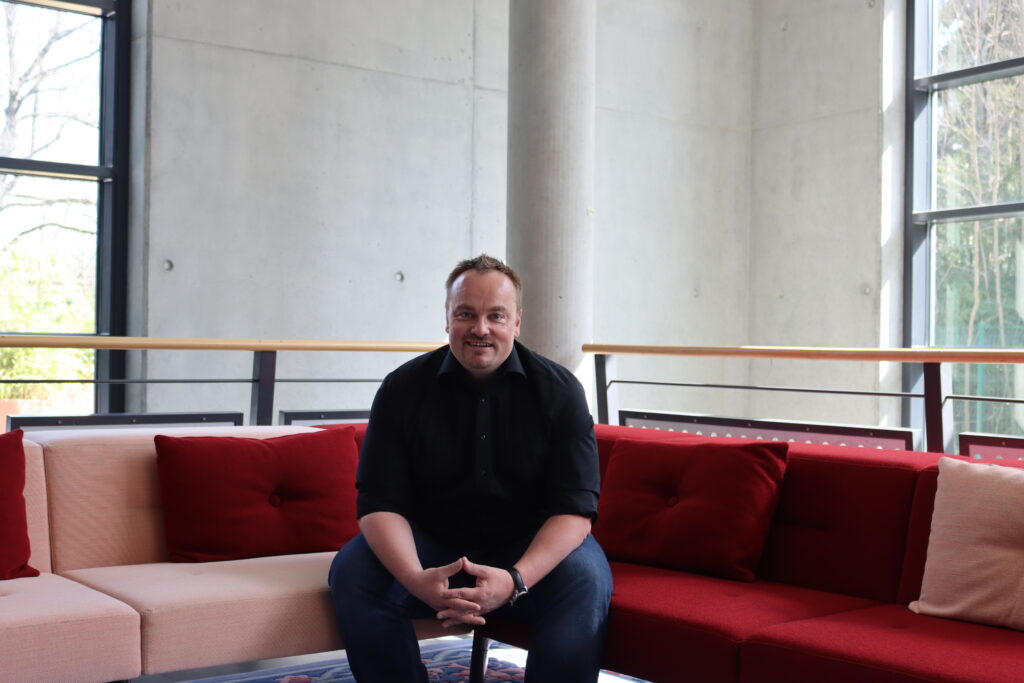