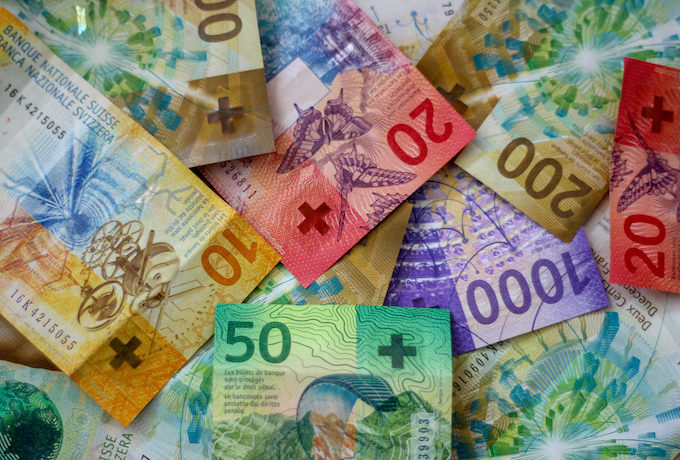 Time, light, wind, matter – here’s what you can see on the Swiss Francs in your pocket 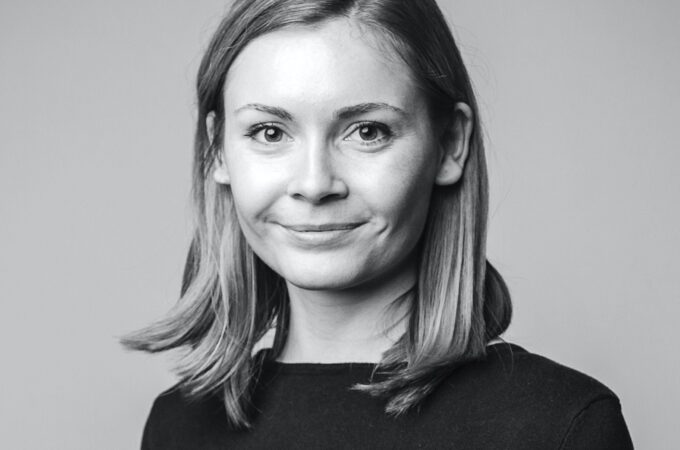 Did you know that the Swiss 50-Franc note won the prestigious “Bank Note of the Year Award”, right after its inauguration? It was the first out of the current six CHF banknotes that were put into circulation in April 2016.

The current Swiss Franc note design is the 9th design series of banknotes in Switzerland. The design was a revolution as it departed from the usual depiction of well-known personalities and showcased certain character traits of Switzerland.

At the same time, the 9th series of Swiss Francs incorporates the latest technological security standards making it one of the most tamper-proof banknotes in the world. It took 11 years from the first design competition in 2005 until people could pay with the new banknotes in 2016. The leading graphic designer behind the banknotes was Manuela Pfrunder.

Today, we want to decipher what exactly you can see on the Swiss Franc notes. After reading this, you might begin to see your money with a fresh pair of eyes – and maybe even value it differently. 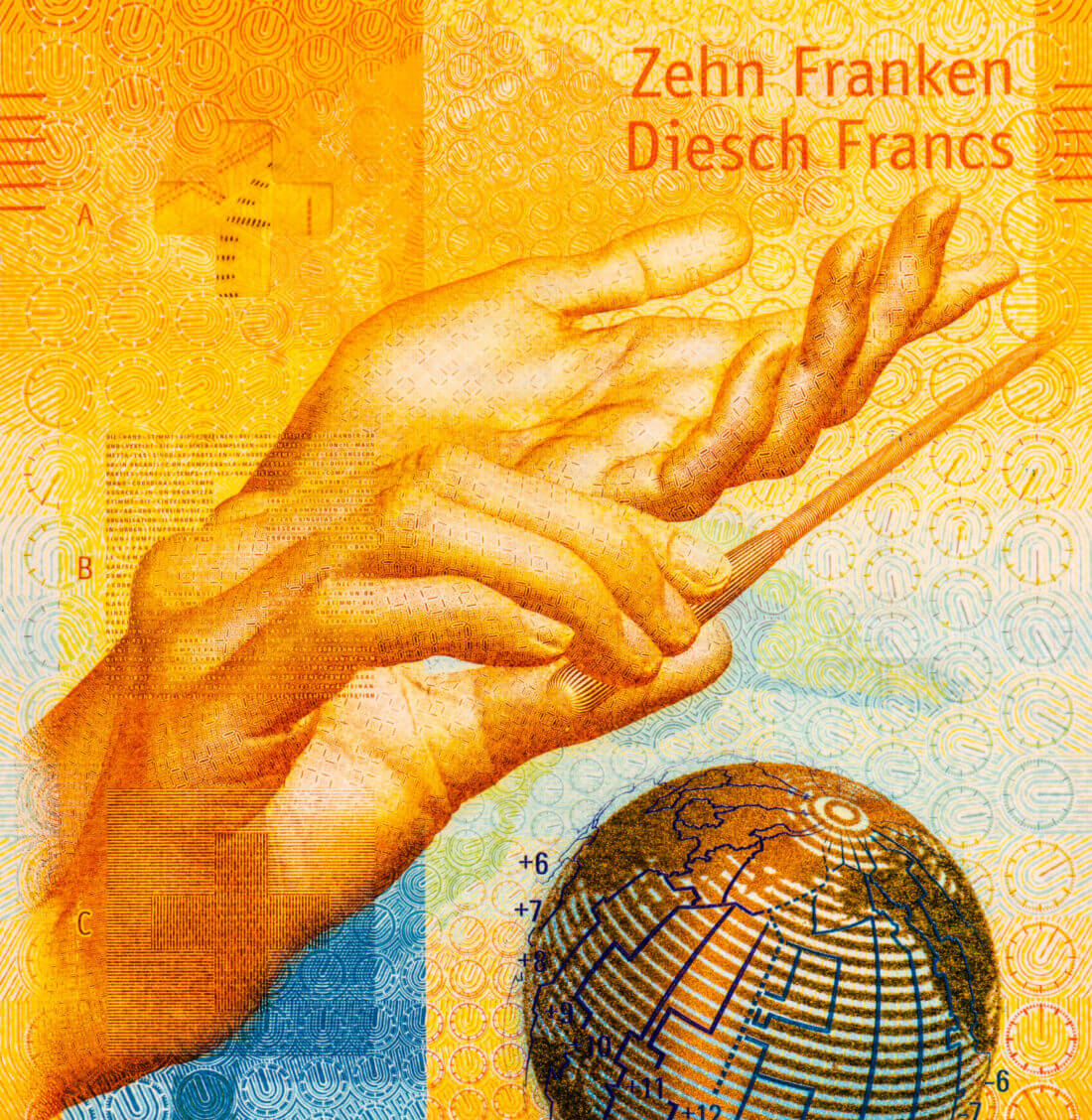 In the front, you can see the hands of a conductor holding a baton and setting the tempo. The background consists of a pattern of clock faces showing different times. The motif of time is taken up again on the globe in the form of time zones. The security strip showcases the Swiss rail network and its longest tunnels – and we all know that Swiss trains work like clockwork.

On the backside of the note, the visuals of trains and clocks are picked up again, representing the organisational side of Switzerland once more. 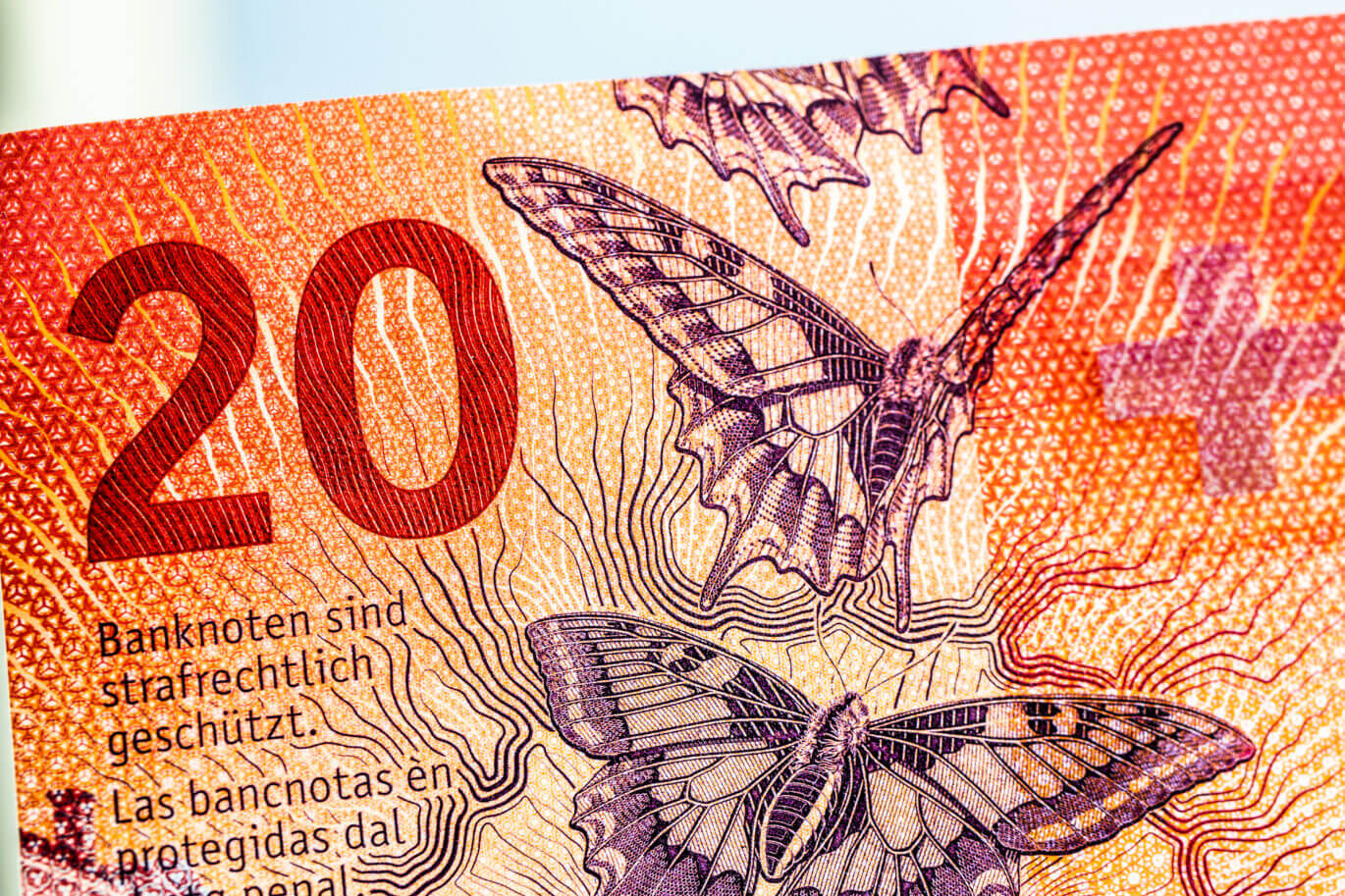 The red 20-Franc has the motif of light and stands for Switzerland’s creative side.

On the front, we see the hand of a young person holding a prism through which light disperses into shades of red, white and blue. The background showcases a colourful, fluorescent kaleidoscope and the globe shows intense colours of purple and turquoise. On the security strip, the motif of light is reflected in a map of Switzerland and its surrounding regions showing light emissions at night. Additionally, the distances between various celestial bodies and the earth are listed in light seconds.

On the back, the pattern portrays an iris, which regulates the amount of light entering the human eye. The butterflies stand for the beauty of nature and remind us that only through light do their stunning colours appear before our eyes. 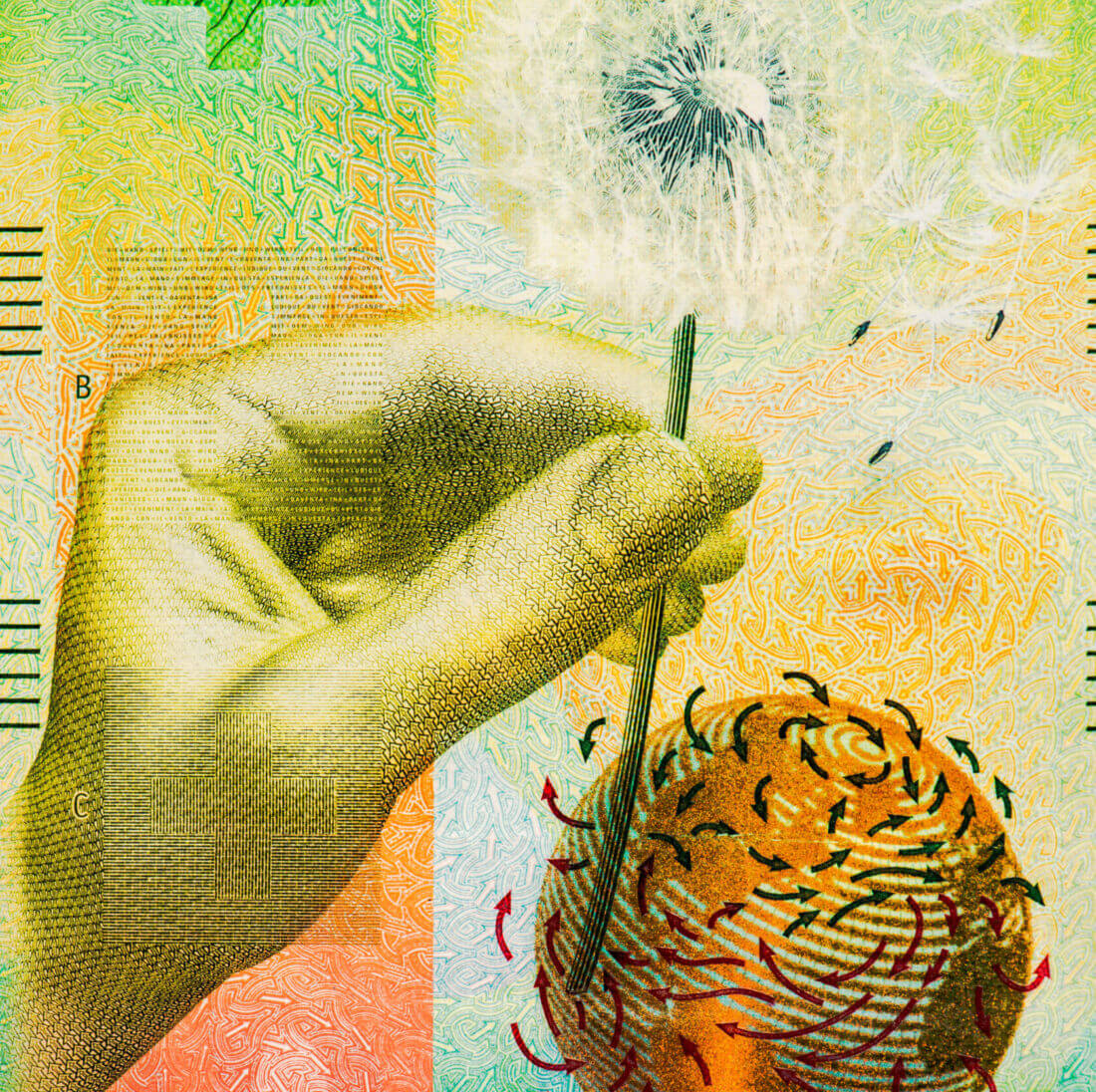 The award-winning green 50-Franc note follows the motif of wind and was the first banknote of the series that was released in April 2016. It stands for the many experiences that Switzerland has to offer.

The front of this banknote shows a hand holding a dandelion. The wind blows away its seeds, spreading new life. The background pattern consists of arrows that dynamically point in different directions, and on the globe, we can see arrows that connect Switzerland with other regions and continents. On the security strip, the 50-Franc note shows the Swiss mountains and lists the names of the main four-thousand-metre peaks in the Swiss Alps in alphabetical order, ending with the Zumsteinspitze.

On the back of the note, a pattern of altitude curves reminds us of Switzerland’s diverse landscapes. A paraglider floats freely above the beautiful mountain scenery, reminding us of the note’s key motif – wind. 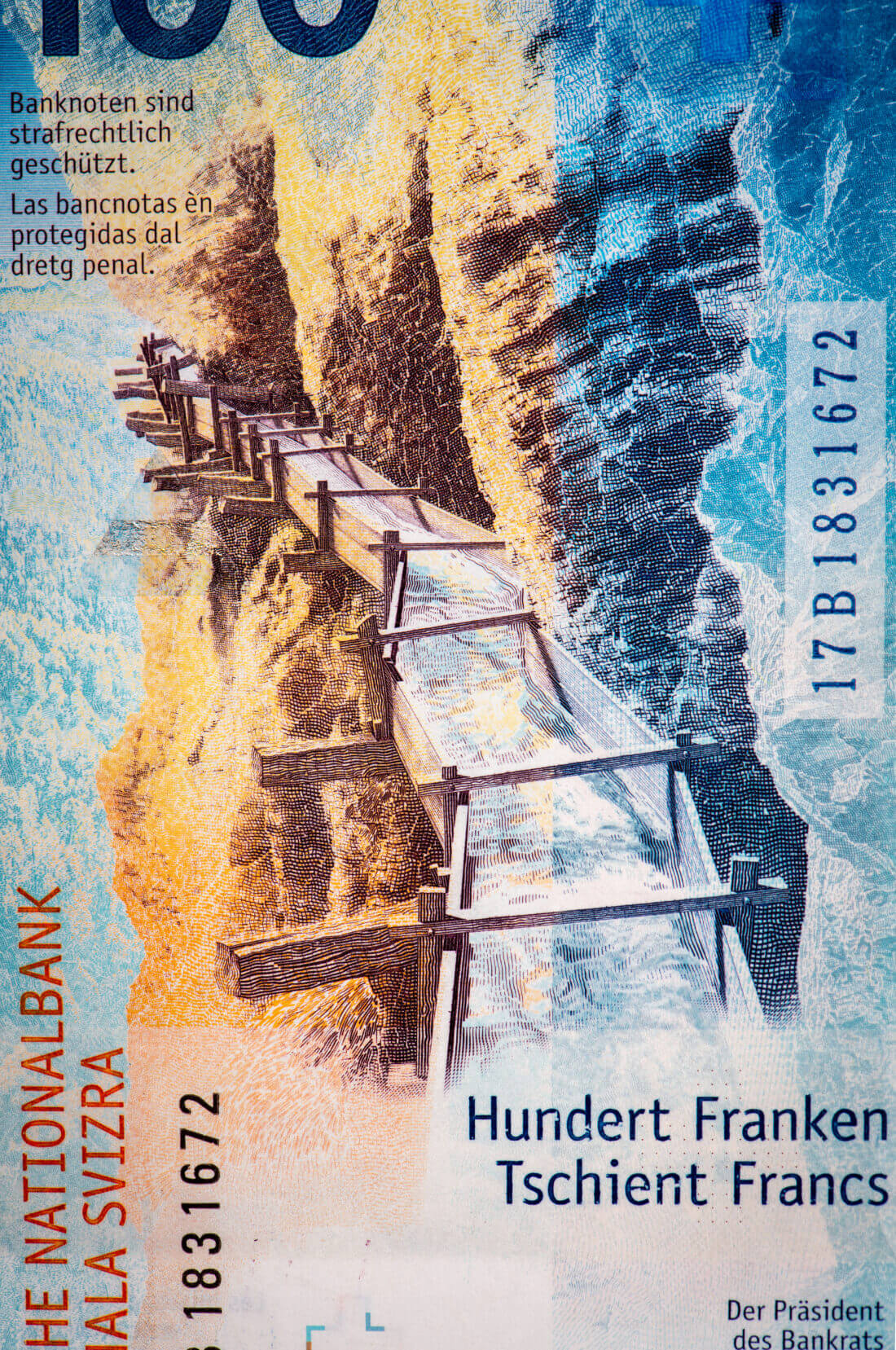 The blue 100-Franc note was released in September 2019 as the sixth and latest design of the 9th banknote series. Its motif is water, and it stands for Switzerland’s humanitarian tradition.

On the front of the note, you can see a pair of hands holding water. The background shows a wave-like pattern, and the globe is covered with isobars. On the security strip, several Swiss rivers are listed with their length.

The backside of the 100-Franc note shows an irrigation channel that guides glacial meltwater down a cliff face to the fields below. This illustration reflects one of humanity’s eternal challenges, namely, to find a supply of water. Water treatment and distribution are integral parts of Switzerland’s humanitarian tradition and development aid efforts. 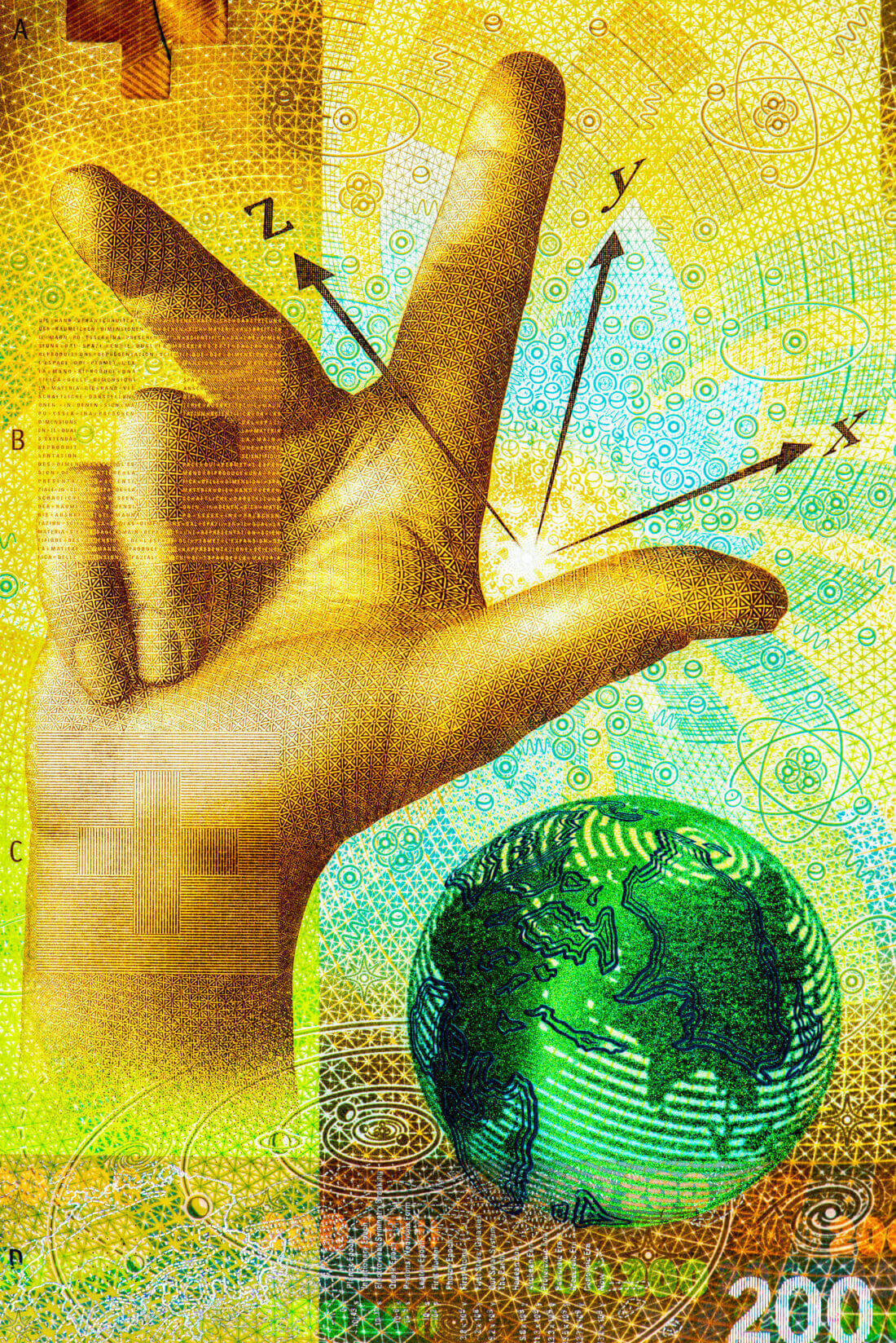 The 200-Franc note comes in a brown colour and stands for Switzerland’s scientific efforts, expressed by matter, the note’s key theme.

On the front, a right hand shows three fingers in a shape representing the orientation of the three spatial dimensions in which matter expands. The background pattern shows little planets. On the security strip, we can see an abstract map of the geological ages of Switzerland, as well as a timeline showing some of the stages in the formation of the universe.

On the back, we can see something resembling an explosion. On closer examination, it appears to be a particle detector in the midst of a particle collision. This aims at highlighting the international importance of Switzerland’s scientific activities, e.g. at CERN in Geneva, where incidentally the World Wide Web was invented in 1989 by scientist Tim Berners-Lee. 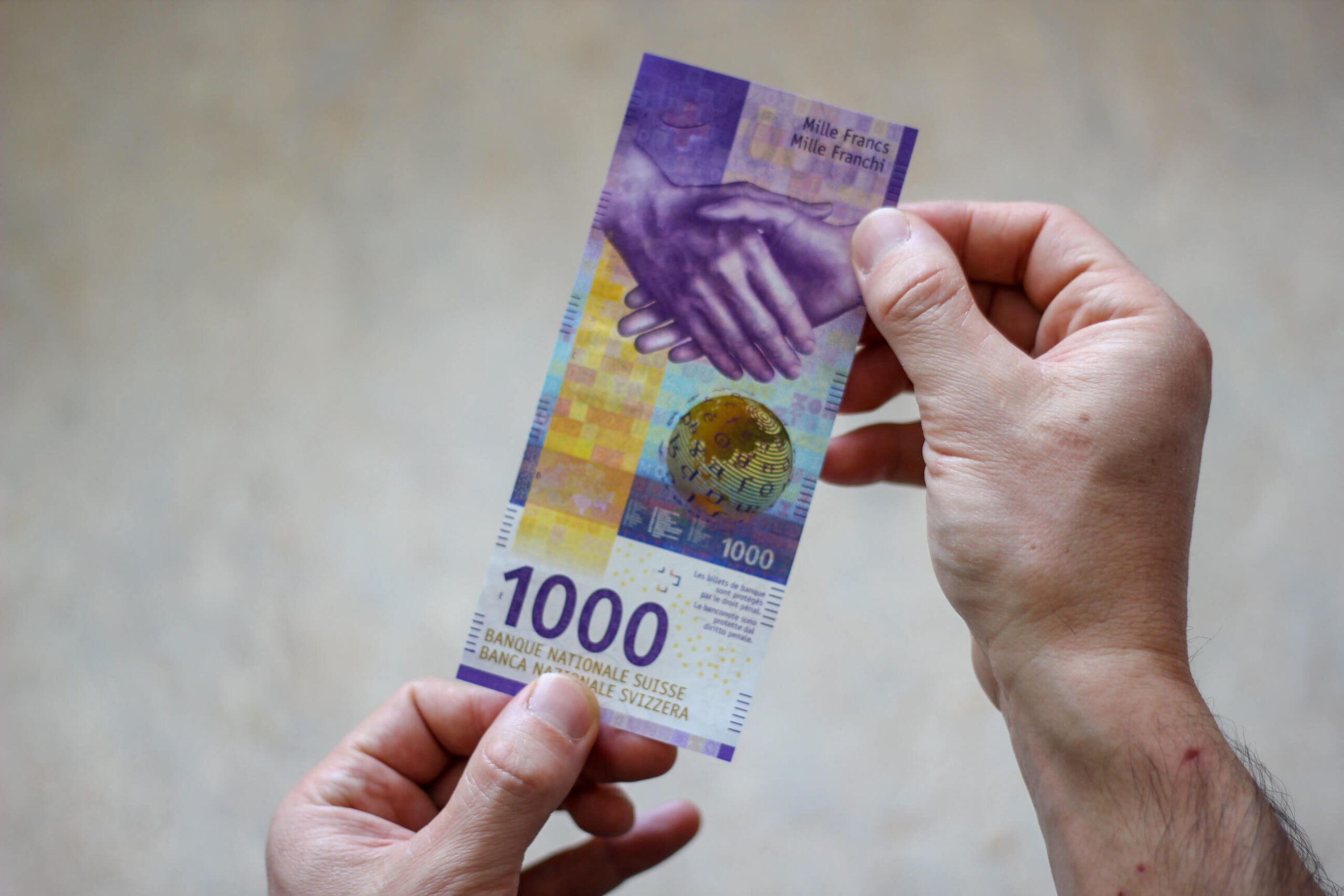 Last but not least (in fact, quite the opposite), the 1000-Franc note focuses on Switzerland’s communicative side, expressed by the note’s key motif of language.

The front of the purple note shows a handshake between two people, which appears somewhat outdated today given the ongoing Corona situation. The handshake signifies interpersonal communication. In the background, we can see a pattern of capital letters, and on the globe a variety of symbols, taken from the phonetic alphabet. The map on the security strip shows Switzerland’s different language regions and its neighbouring countries together with the names of all Swiss cantons.

On the back of the note, we can see the Swiss Parliament Building (Bundeshaus) in Switzerland’s capital, Bern. As a forum for public debate, it fits perfectly with Switzerland’s emphasis on dialogue and communication. 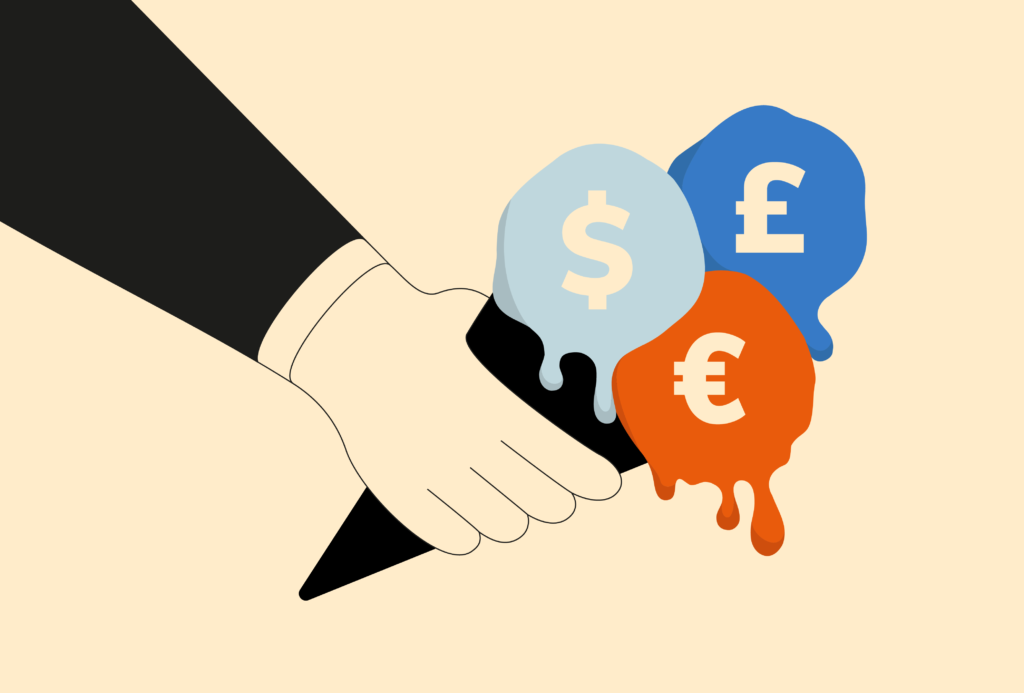 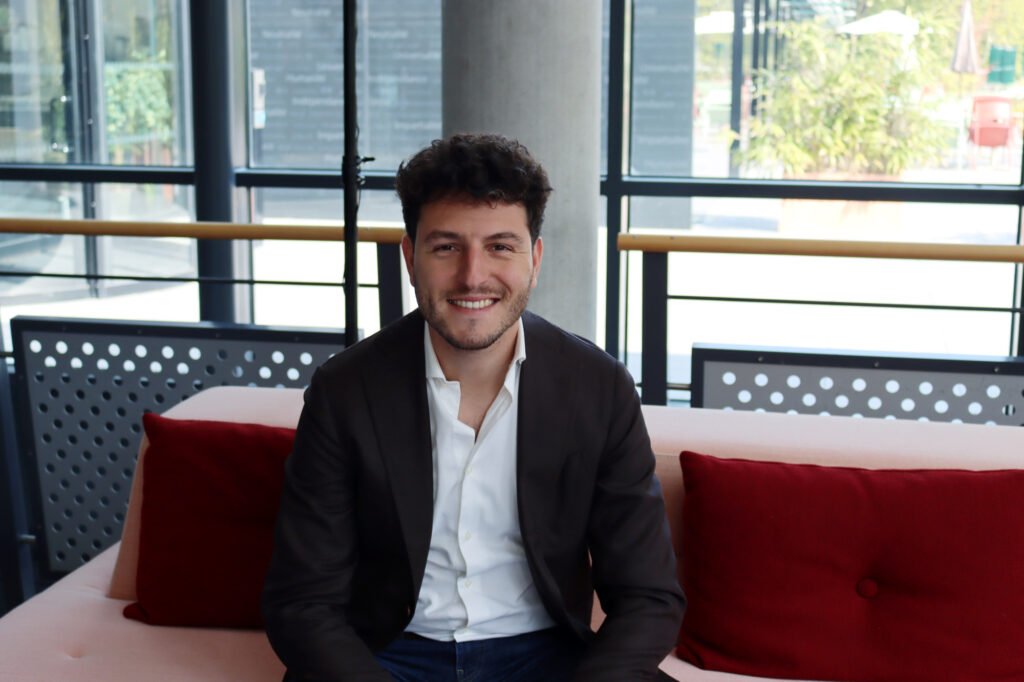